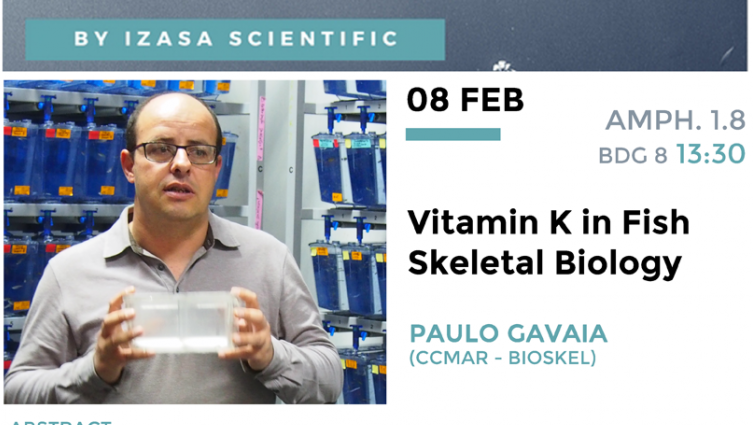 Vitamin K (VK) is a fat soluble vitamin discovered by Henrik Dam as the “Koagulationsvitamin” in 1935 (Dam 1935). VK is required for normal growth and development of fish and is included in their diets, since they are not able to synthesize it. VK can be found in two natural forms, the phylloquinone (VK1) produced by green vegetables and plants, and the menaquinones (VK2) of microbial origin, in addition there are the synthetic forms or menadione (VK3), mostly used as dietary supplements. The VK metabolites have been classically attributed a role in coagulation serving as a co-factor of the enzyme γ-glutamyl carboxylase (GGCX) that performs a post-translational conversion of protein-bound glutamate (Glu) residues to γ-carboxyglutamate (Gla) residues in a diverse group of VK-dependent proteins (VKDPs) including the coagulation factors through which VK is controlling blood clotting. This VKDPs are synthesized in a wide variety of tissues like the liver that produces the factors II, VII, IX and X that regulate haemostasis as procoagulants, or anticoagulants (proteins C and S), but also proteins involved in skeletal development and homeosthasis like osteocalcin, matrix Gla protein or Gla rich protein. More recently VK was also described to act as a transcriptional regulator, acting as ligand for the steroid xenobiotic receptor or pregnane X receptor (Pxr).

It has recently been attributed a beneficial effect on supplementing natural forms of vitamin K in promoting a correct development of the skeleton in fish larvae, improving the development of bony structures and reducing the incidence of skeletal deformities. In addition, it has also been shown that a correct status of VK in adults will induce a better development in ovo and of the resulting larvae. In this seminar the results of some recent projects on the effects of dietary modulation of vitamin K in Senegalese sole will be presented and the advances on the knowledge of its biological roles discussed.