Cryopreservation of Germ cells for the production of marine species 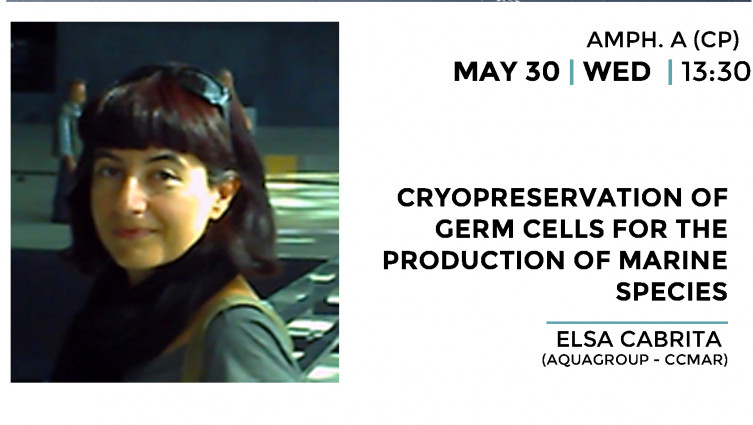 Cryopreservation of Germ cells for the production of marine species

Germ cell cryopreservation is a safe method to store and preserve genetic material. Cryobanks in aquatic species were developed with different aims, benefiting farming production, from reproductive management to genetic selection of males with high reproductive value.
Research has been conducted in the development of protocols for new/problematic species, for commercial species to improve gamete quality during storage or for conservation purposes. Protocols for sperm cryopreservation were successfully developed in several species, although some cell damage has been identified related with oxidative stress. Another source of cryobanking material is spermatogonial stem cells. Cryopreservation of testicular cells plays an important role in fish reproductive biotechnology. Cryopreserved spermatogonia can be
transplanted between close-related species, differentiating into male or female gametes in the host gonads, allowing the preservation of the all genome. Due to this capacity, spermatogonia xenotransplantation is becoming a useful tool to produce surrogate broodstocks, particularly in species difficult to maintain in captivity, with high age at maturation or with reproductive problems.

Elsa Cabrita is a Marine Biologist (Aquaculture) by the University of Algarve (1997) with a PhD in Biology by the University of León, Spain (2002). She was a post-doc at CCMAR (Aquagroup) and at the Institute of Marine Sciences of Andalusia- ICMAN.CSIC (2002-2008), and a “Ramon and Cajal” researcher at ICMAN.CSIC (2008-2013). Since 2013, she is an assistant professor at UAlg and integrated again in the Aquagroup/CCMAR, where she works in Reproductive Biotechnology. She has been working in fish germ cells since 1996, mostly focusing her studies in sperm physiology and quality; development of protocols for cryopreservation/cryobanking of gametes, primordial germ cells (PGCs) and spermatogonia; cryodamage and broodstock management. Most of her work was conducted in species for Aquaculture and for Conservation.