Monitoring biodiversity in sunken vessels of the Ocean Revival project 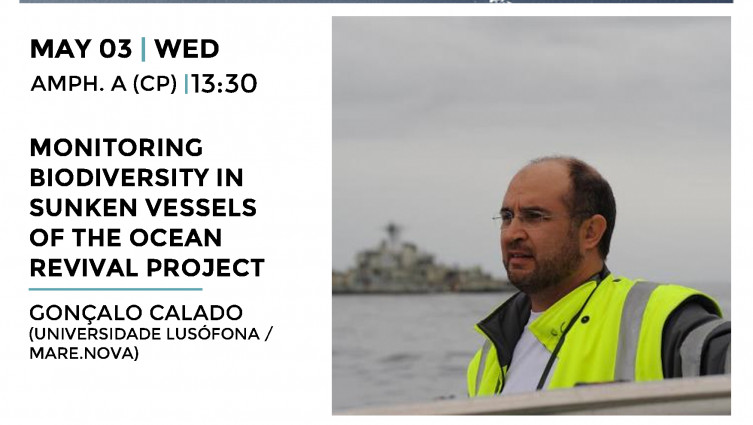 Monitoring biodiversity in sunken vessels of the Ocean Revival project

The Ocean Revival project, aimed the deliberate sinking of four decommissioned warships of the Portuguese Navy, for touristic purposes.
One of the constraints arising from the environmental licenses was the implementation of a biodiversity monitoring program, for the
biodiversity that was installed on artificial reefs.
In this talk, I will present the project as a whole, firstly its mission, and the steps taken until the sinking. Then, the strategy for monitoring
biodiversity and the results obtained so far will be highlighted.
The experience gained was transposed to similar projects, such as the recent sinking of a corvette on the island of Porto Santo, where a similar approach was used, reinforcing the position of the Ocean Revival project as a benchmark.

Gonçalo Calado is Professor at Lusófona University, in Lisbon. He teaches Ecology and Marine Biology. He is enrolled with several research
projects, from the inventory of biodiversity in proojects such as in OceanRevival,  to the proposal of classification of off-shore marine protected areas. He is also a scuba-diver instructor. He was adviser of the Secretary of State for Environment in the 17th and 19th Portuguese
governments, in charge of biodiversity and marine issues. He was a member of the UNESCO MAB Man and Biosphere committee. He has a PhD degree in Biology, obtained at the University of Santiago de Compostela, Spain.