Friday, June 21, 2019
at
Anfiteatro A I Complexo Pedagógico I Gambelas Campus 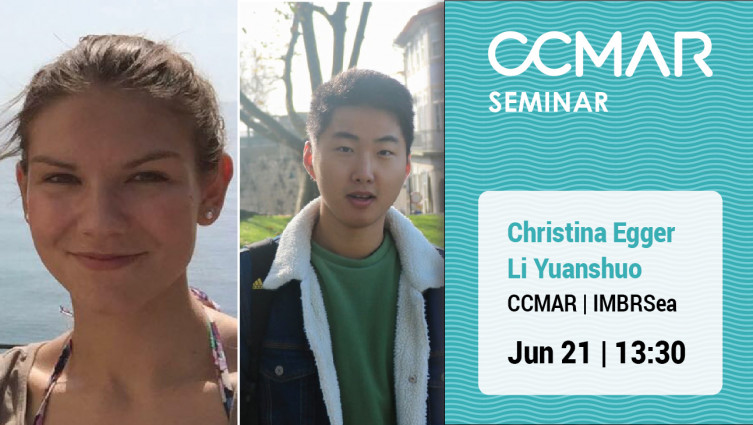 In this seminar, she’ll be talking about the Integrated molecular phylogenetics. The family Caecidae comprises approximately 260 species of micro snails, distributed in shal-low tropical and temperate marine waters. Most of them carry tube-like shells originating from an unusual straightening process during development, leading to intraspecific variety. Ambigui-ties arising from this morphological diversity and small size, render purely shell-based taxonomy highly problematic. This work is the first molecular study of Caecidae and aims to understand this enigmatic shell evolution.

About speaker:
Christina Eggar is a master student in the International Master of Marine Biological Resources (IMBRSea). Master thesis in systematics and phylogenetics at CCMAR and LMU.

We’ll also be talking about how we resolved the phylogeny of Palmophyllales, a group of multicellular deep-sea green algae, with its sister, Prasinococcales. For resolving internal relationships of class Palmophyllophyceae, we estimated a new empirical amino acid substitution matrix, named prasREV, from a chloroplast dataset that composed of 67 coding-genes in 28 taxa, specifically for Prasinophyta. Both the prasREV and nonstationary models, NDCH2, were shown to be a better fit than other substitution models. Phylogenetic analyses using these models indicate that the macroscopic Palmophyllales is the sister-group of the unicellular Prasinococcales.

About speaker:
Li Yuanshuo graduated from biology faculty of Sichuan University, China, now is the second year student of IMBRSea master and doing thesis in CCMAR.