Animal Welfare in focus on a trip to India 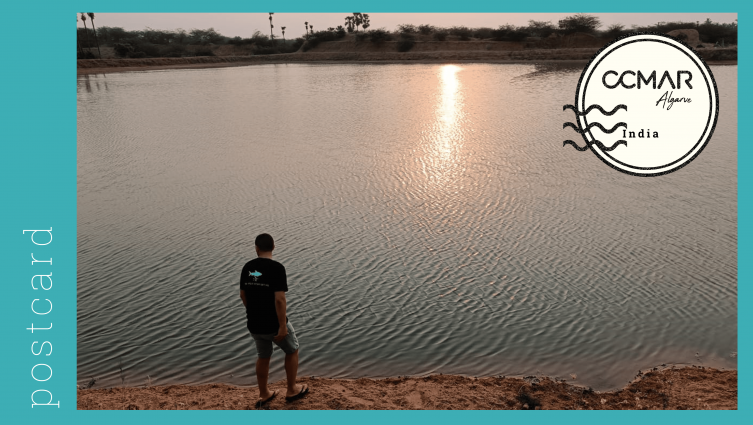 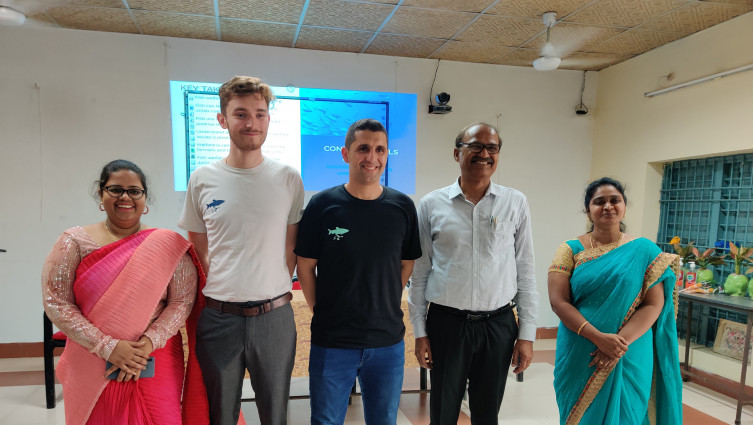 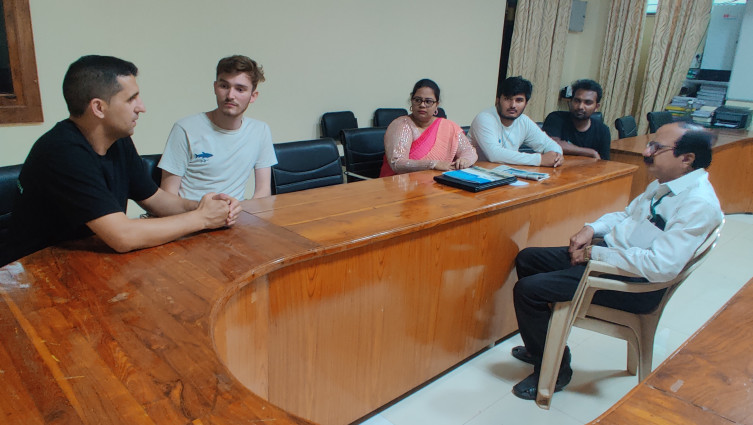 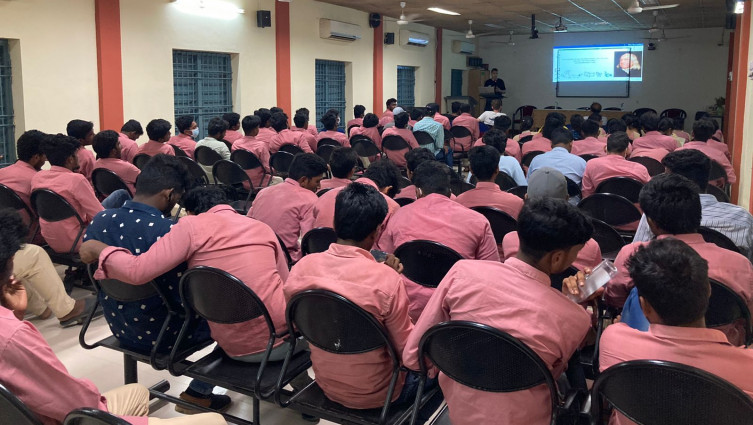 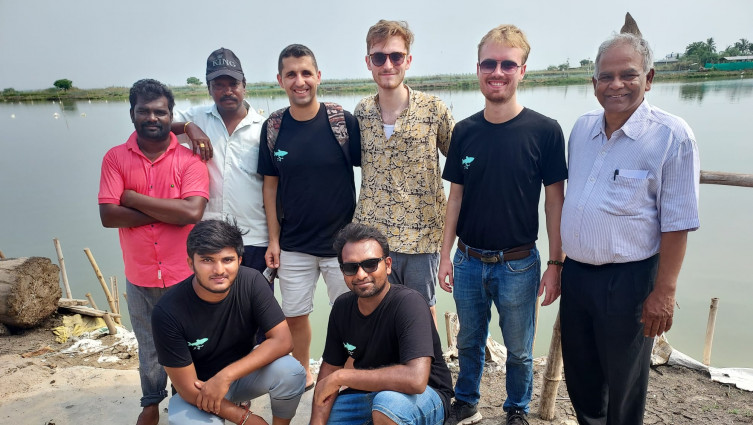 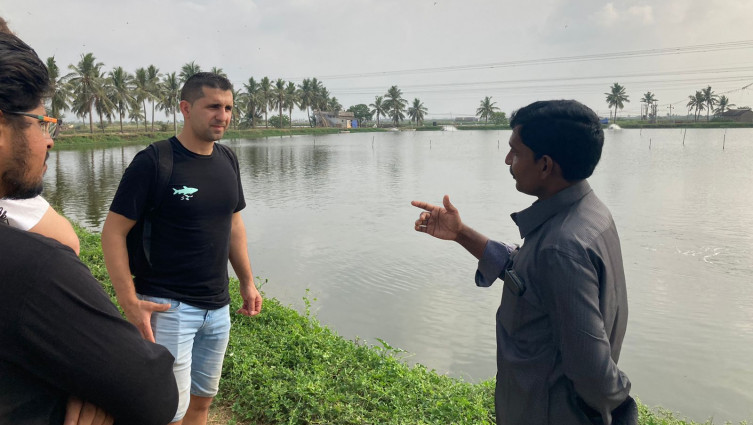 Our researcher Marco Cerqueira was in India by invitation of the Fish Welfare Initiative to provide training for future animal welfare instructors in aquaculture.

Why did I go to India?
For 15 days in May, I was in India invited by a Non-Governmental Organisation (NGO), the Fish Welfare Initiative, to provide training for future instructors in animal welfare in aquaculture.

India is classified as the second largest aquaculture producer after China, and the introduction of better practices can have a big impact on fish welfare, environmental sustainability, and on business results.

It was a busy two weeks, where I realized that the lack of basic knowledge harms the fish and the sustainability of the environment and the business.

I had the opportunity to train some groups of students from a secondary school, the Sir C R Reddy College of Science affiliated with Adhikavi Nannaya University, near some aquaculture farms. This training was more specific than the first one, as it was given next to earthen ponds where I was able to explain to them how to assess the welfare of fish produced in such ponds (the most commonly used farming system in the country). Earthen ponds, as the name indicates, are ponds built directly on the earth, and the most natural and closest to the natural conditions in which the fish are born, grow and develop.

I was also in contact with producers from several regions of the Andhra Pradesh state (the hub of aquaculture in the country), namely in Eluru, Kolleru and Nellore. During a first visit, together with the future trainers, I did a questionnaire to understand the practices/routines of the farmers and identified areas to be improved.

On a second visit, I gave some recommendations to improve farming techniques, including suggestions to improve fish welfare and increase productivity for the producer. The importance of these improvements to lessen the impact of current practices on the environment was also highlighted, thus reducing the use of antibiotics.

The producers had the opportunity to discuss each of these recommendations and also to do some exercises such as evaluating fish behaviour, sampling a group of fish in terms of weight and length to calculate the Condition Index - which tells us the condition of the individuals - and calculating the feed conversion ratio (commonly defined as FCR- "Feeding conversion ratio") of their stock. The feed conversion ratio is used to adjust the feeding ratio and define the amount of food required to meet the nutritional needs of individuals, thus promoting their wellbeing and the health of the business, avoiding unnecessary spending on excess feed.

Possible agreement of understanding between Sir C R Reddy College of Science/ Adikavi Nannaya University and CCMAR
While I was in India I gave a presentation to about 100 students and teachers on this topic and about some of the work I have been developing at CCMAR, namely in the discovery of proteomic biomarkers of wellbeing.

At the end of the presentation, I was called to the Rector's office to discuss the possibility of signing a Memorandum of Understanding (MoU) between the college/university of India and CCMAR, so that students and teachers from this region could have access to any CCMAR online lectures and in some way be able to share knowledge and difficulties.

In this agreement, it would be foreseen the possibility of CCMAR helping in the restructuring of the educational content of the school program so that the concept of well-being and good farming practices could be part of the education plan in this college.