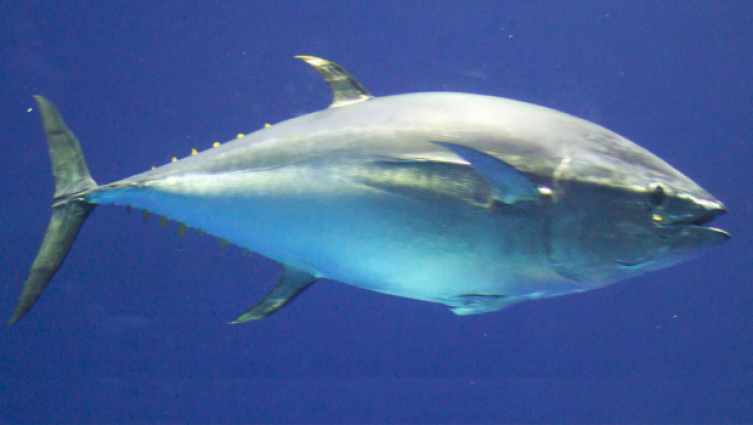 A bluefin tuna (Thunnus thynnus) measuring almost 3 metres has been detected for the first time in Sesimbra thanks to a monitoring network from the Centre of Marine Sciences (CCMAR) of the University of the Algarve.

Records show that the animal swam in the waters of the Professor Luiz Saldanha marine park, a part of the Arrábida Natural Park (Setubal) in the beginning of August last year, where it roamed for almost a week.

David Abecasis, a researcher at CCMAR-Algarve, reveals those records of fish of these dimensions "are unusual, this being the first in that area" and that they are an "excellent contribution to the study of this species and its migrations". The biologist highlights that these records confirm the importance of monitoring networks such as the European Tracking Network for the global knowledge of the seas and the sharing of information between experts from various institutions worldwide.

Over the years, several CCMAR projects have installed a monitoring network that records the passage of tagged animals along the Portuguese coast from Sesimbra to Vila Real de Santo António.

Data is detected and logged when the animal passes within range of the underwater receivers but can only be accessed when the devices are physically collected by the researchers which happen "twice a year" and then processed.

The specimen recorded was tagged by Dr Barbara Block's team (Stanford University, USA) in September 2018 in the Gulf of St Lawrence in eastern Canada, measuring 2.55 metres at the time. On that occasion, a marker was also placed on another tuna measuring 2.34 metres which has already been detected in July 2020 and June 2021 on the Algarve coast and in July 2021 in the Strait of Gibraltar.

The Atlantic bluefin tuna lives in the Atlantic Ocean, the Mediterranean and the Black Sea moving in schools and making large migrations for feeding and breeding.