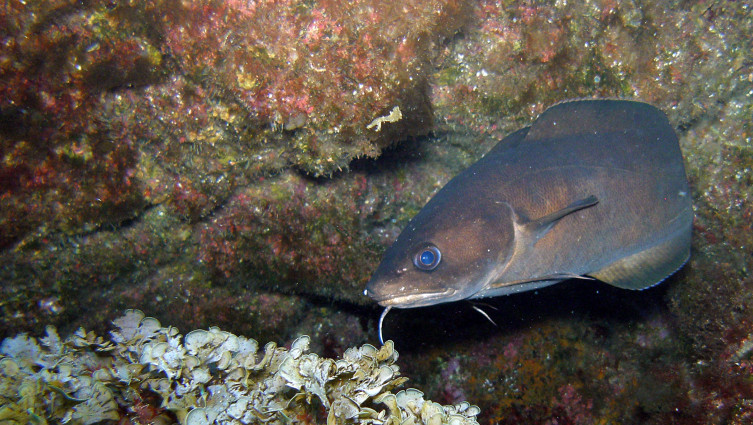 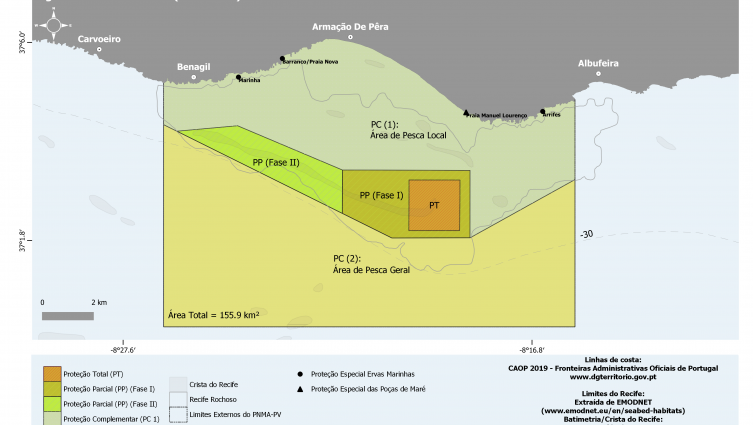 The Centre for Marine Sciences of the University of Algarve (CCMAR - UAlg) and the Oceano Azul Foundation delivered today a proposal to the Portuguese Government for the creation of a Marine Protected Area of Community Interest in the Algarve: the Algarve Reef Marine Natural Park - Pedra do Valado. This unprecedented proposal was built through a participatory process over almost 3 years, involving more than 70 entities and based on a solid scientific basis.

On the coastline of the municipalities of Albufeira, Lagoa and Silves, lies the largest coastal rocky reef in the Algarve, a unique ecosystem in mainland Portugal, which benefits from natural conditions that favour a unique marine biodiversity and productivity. Nearly 900 species can be found here, 12 of which are new to science.

Having been alerted by local entities about the need to simultaneously protect this reef and small-scale fishing, the Oceano Azul Foundation and the Centre for Marine Sciences of the University of the Algarve, with the involvement of the Armação de Pêra Fishermen's Association, the municipalities of Albufeira, Silves and Lagoa, and the Parish Council of Armação de Pêra, promoted and streamlined a participatory process with the aim of protecting and enhancing the value of this reef.

This participatory process took place over the last two years and involved the active participation of professional and recreational fishing associations, representatives of maritime-tourism companies, regional, local and central administration, scientific research centres, sports federations, the maritime authority, school groups, non-governmental organisations and business associations. Six face-to-face sessions were held, more than 60 bilateral meetings were held, and a final session was held to present the zoning proposal and the bases for the regulation of this marine protected area.

"In 2018 the foundations were laid for the creation of a Marine Protected Area of Community Interest (AMPIC), supported by solid technical and scientific grounds and defined through a participatory, inclusive process, built "from the bottom up" that, on the one hand, protects and enhances this natural capital and, on the other, best guarantees the interests and needs of the community that depend on it," explains Jorge Gonçalves, researcher at CCMAR-UAlg.

"The end result of this process is a scientifically supported proposal, which incorporated to the limit the requests of the different interests, therefore as consensual as possible," he adds.

The Algarve Reef Marine Nature Park is located between Alfanzina lighthouse and Albufeira Marina, and extends to a depth of 50m, totalling 156 km2.

"It has never been so urgent to protect the ocean and create conservation tools and Portugal, holder of one of the largest exclusive economic zones of the European Union, has a duty not only to monitor the issues and themes associated with the sustainability of the ocean, as well as to promote its implementation, and may even have a key role in leading these issues internationally," says Tiago Pitta e Cunha, CEO of the Oceano Azul Foundation, adding that "marine protected areas, when properly designed and implemented, produce more fish, larger fish and sustain a greater diversity of species.  In turn, we can have a more valued economic activity, with a greater return for fishing, more sustainable tourism, valuing the territories, activities and products of the sea."

The proposal presented today to the Government translates the unequivocal will of the Algarve community in the creation of a Marine Protected Area of Community Interest.

More information about the AMPIC