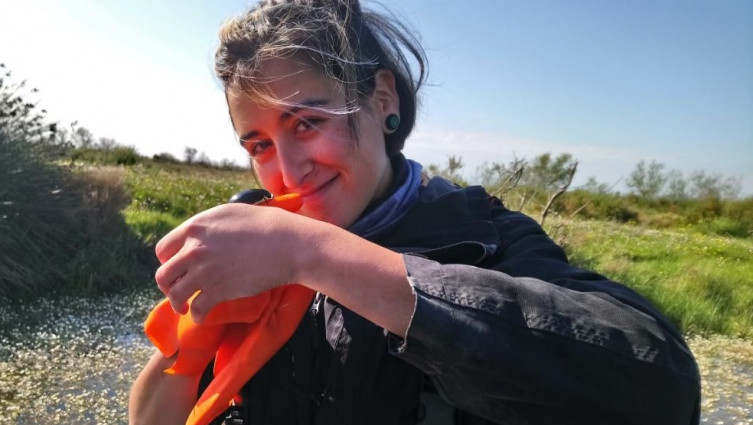 Juliette Biquet, FCT doctoral scholarship holder at the Algarve Centre for Marine Sciences (CCMAR) and the University of Algarve, was named Young Ambassador of the European Marine Board (EMB).

The nomination followed her application in February for the recruitment of two new young researchers for this mission and places the researcher in the European leader in marine science policy, a platform that promotes marine research and bridging the gap between science and policy.

As an independent and self-supporting non-governmental advisory body, the EMB transfers knowledge between the scientific community and decision-makers, promoting Europe's leadership in marine research and technology. Since communication is very important in the marine science field, being selected for this EMB young ambassador mission is also a way to engage in this mediation.

"I wish first of all to join a network of people working in the field of marine sciences and thus be part of the scientific discussions taking place in the different EMB working groups, as well as to participate in the science-policy axis and encourage more and more communication actions", said Juliette Biquet about this new role.

Passionate about protecting the oceans, Juliette Biquet applied to the EMB Young Ambassadors Programme with the perspective of having the opportunity to "be part of the processes and interactions between scientists and decision-makers", as she wants to "share her passion for the ocean and its protection".

Of French origin, Juliette is a young researcher in ecology and conservation sciences, with an interest in natural sciences and socio-ecosystem functioning and protection. She is involved in several projects, namely on the impact of fisheries, the evolutionary consequences of climate change, the perception of nature or population monitoring in various ecosystems, as well as in scientific mediation on biodiversity.

Currently, she is specialising in marine ecology, by doing her PhD at CCMAR, with the co-supervision of ecologists and social scientists, Bárbara Horta e Costa (CCMAR), Joachim Claudet (CRIOBE, France) and Juliette Young (INRAE, France). Their focus is the study of marine protected areas in the European Union, in the hope that their work can help improve the socio-ecological benefits of EU spatial protection.