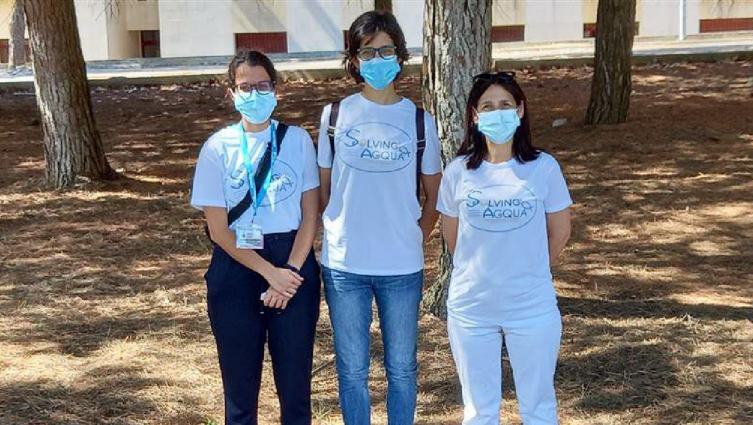 In the last few years, aquaculture has been growing due to the increase in the world consumption of fish and bivalves (mussels, oysters, clams, etc). In turn, the intensification of production in aquaculture often leads to the growth of a higher density of biomass, which leads to the development of some pathologies, such as those caused by parasite infections, which are especially relevant in marine animals. So far, there aren't known treatments capable of inactivating or destroying these pathologies without causing the death of the bivalves and consequent commercial and nutritional devaluation.

Based on this analysis, three researchers, from the OrgMedChem group of CCMAR, identified the problem, accepted the challenge and put into practice the knowledge and experience acquired in this area to reach a solution. The team formed by our researchers Joana Leal, Maria de Lurdes Cristiano and Patrícia Amado, intends to develop effective and safe tools to mitigate the impact of problems that compromise the production of fish and bivalves for human consumption, namely those related to parasitic infections or due to the presence of biotoxins. It was with this proposal that the researchers won the first prize in the “Ideias em Caixa" contest.

Maria de Lurdes Cristiano, one of the mentors of the project, explains that the solution is focused on the "production for commercialization of products that reduce the impacts associated with infections and contaminations in the production of fish and bivalves". The CLAMS project, which took place at CCMAR, was the basis of this idea.
"Note that the parasites that are the subject of our studies affect particularly seabream and clams, which are among the most produced species in the Algarve region (direct economic impact on the region) and in Europe. We believe that our idea has the potential to expand beyond borders, which will contribute to regional and national enhancement," says our researcher.

The winning idea in the I&DT category, Solving Acqua, Sol. Aquaculture aims to create new products that help control infections caused by parasites and proposes to solve problems identified in the aquaculture sector, for which there are still unknown solutions.