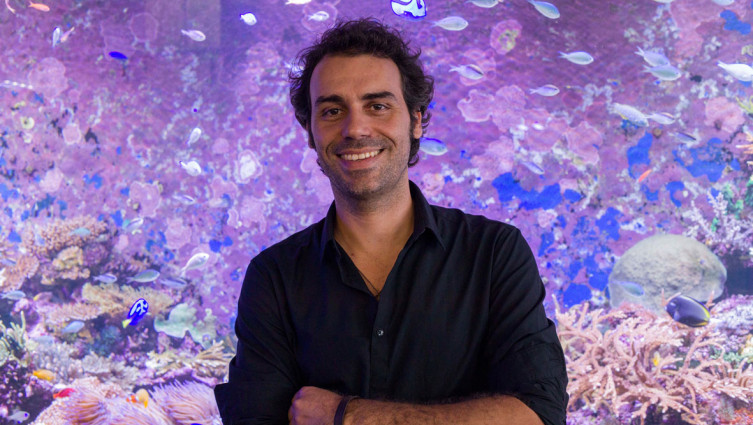 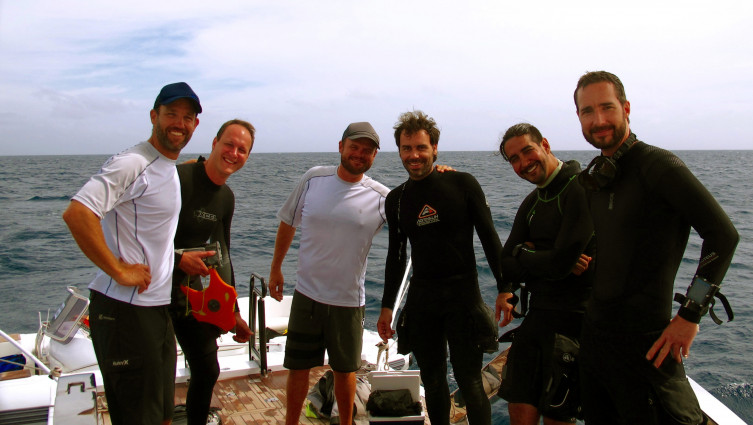 The bleaching survey team (in wetsuits) and support crew (in white shirts) aboard the MV Ethereal, utilizing ship time generously offered by the Joy Foundation, providing a means to access the remote northern sections of the Great Barrier Reef. © Shannon Joy 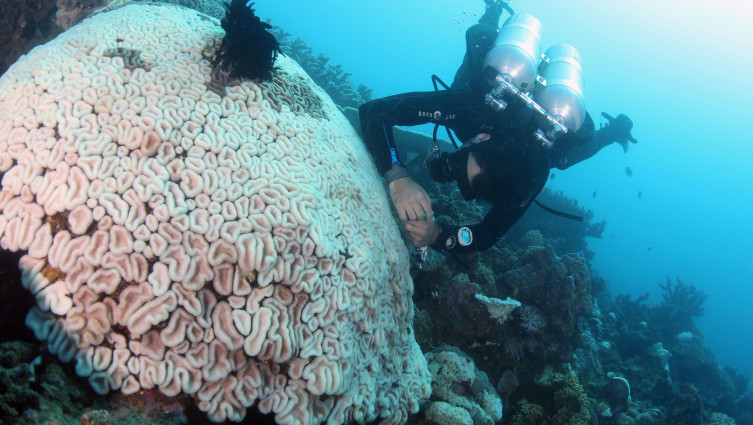 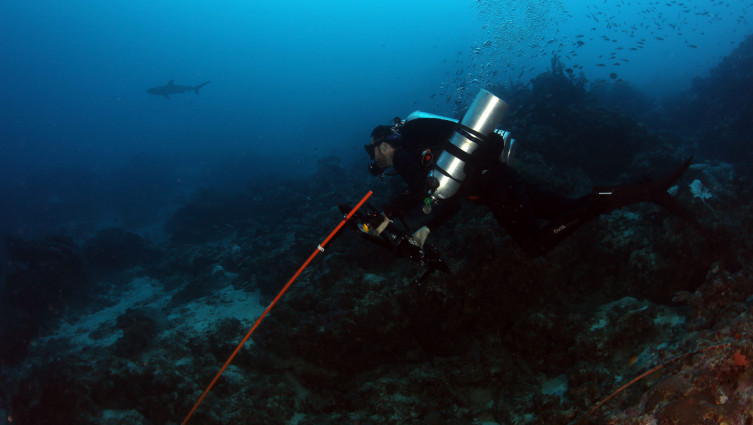 Norbert Englebert trying not to get distracted by a grey reef shark while preparing to survey the deep reef. © Pim Bongaerts 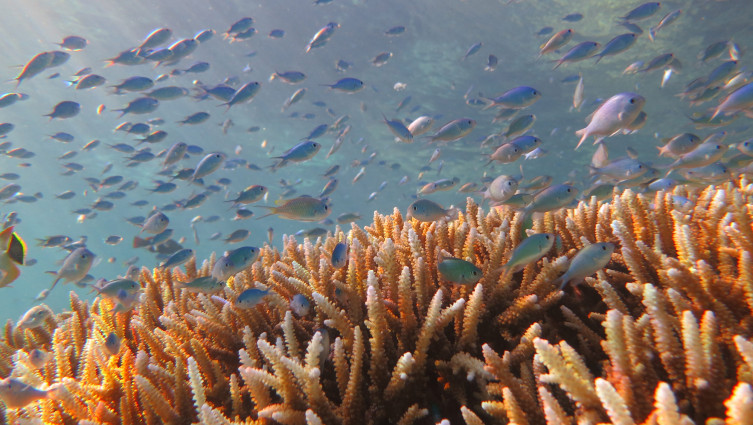 A school of fish swims over a colony of paling staghorn corals in the shallow reef.© Pedro Frade 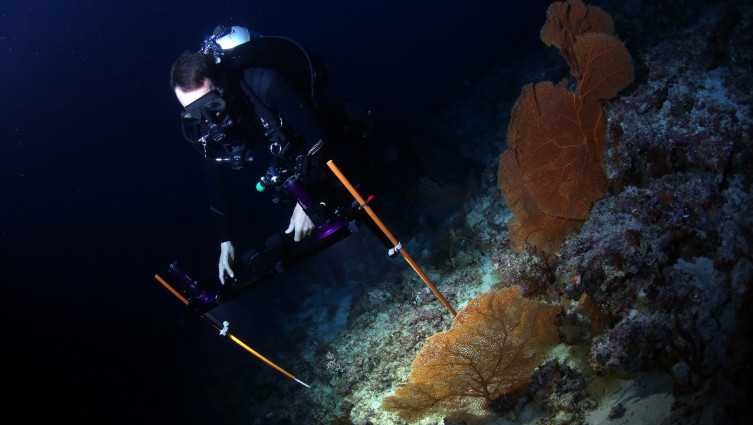 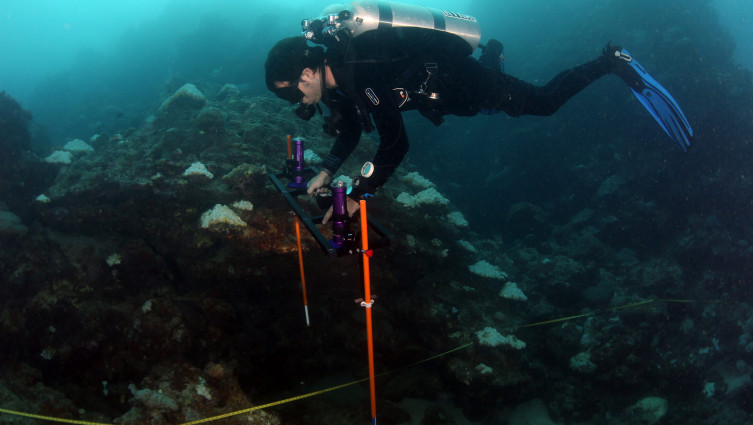 A new study demonstrates that the recent mass coral bleaching on the Great Barrier Reef was not restricted to shallow depths, but also affected deep reefs. Although deep reefs are often considered a refuge from thermal anomalies caused by global ocean warming, the new research highlights limitations to this role and argues that both shallow and deep reefs are under threat of mass bleaching events.

Published in the journal Nature Communications, the study focuses on the mass bleaching event in 2016, that caused the death of 30% of shallow-water corals on the Great Barrier Reef. It details how the impacts of this bleaching did lessen over depth, but were still substantial even on the deep reef.

Dr Pedro Frade from the Center of Marine Sciences (CCMAR) and lead author of the study, said they were astounded to find bleached coral colonies all the way down to 40 m depth. “It was a shock to see that the impacts extended to these dimly-lit depths. Particularly, as were hoping that these depths may have provided protection from this devastating event.”

The Great Barrier Reef is known to harbor extensive areas of deep coral reefs, however given their depth these reefs are notoriously difficult to study. Using remotely operated vehicles, the team deployed sensors down to 100 m depth to characterize how temperature conditions at depth differ from those in the shallow reef. Co-author Dr Pim Bongaerts from the California Academy of Sciences explains: “During the bleaching event, cold-water upwelling initially provided cooler conditions on the deep reef. However, when this upwelling stopped towards the end of summer, temperatures rose to record-high levels even at depth.”

A team of divers then conducted surveys during the height of bleaching across a number of sites on the northern Great Barrier Reef. They noted that overall, major bleaching and mortality affected almost a quarter of corals at 40 m depth, while confirming previous reports of close to half the corals being severely affected at the shallower depths.

“Unfortunately, this research further stresses the vulnerability of the Great Barrier Reef”, says Prof Ove Hoegh-Guldberg from The University of Queensland, where the study was conducted. "We already established that the refuge role of deep reefs is generally restricted by the limited overlap in species with the shallow reef. However, this adds an extra limitation by demonstrating that the deep reefs themselves are also impacted by higher seawater temperatures". The researchers have now gone on to study how the process of recovery varies between shallow and deep reefs.