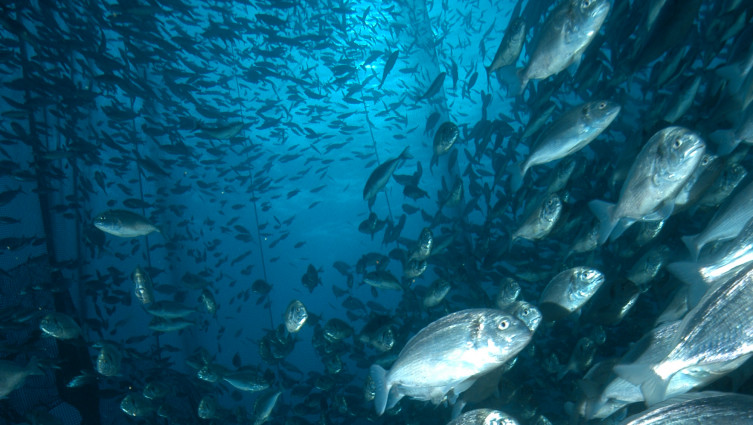 João Saraiva, coordinator of the Fish Ethology and Welfare Group at the Algarve Centre of Marine Sciences (CCMAR), will lead a study commissioned by the EU's Aquaculture Advisory Council (AAC) -  to inform the sector on ways to enhance fish welfare to improve production.

The study aims to provide insight and advice to the European Commission, to the Member States and to the European aquaculture stakeholders on the benefits in using the growing knowledge of fish behaviour and ethology in fish production.

"It is a great honour (and responsibility) to have the opportunity to translate science into policy advice to order to improve fish welfare in aquaculture. We rely on good science to do so," assumes João Saraiva.

According to the researcher, this "important" task "consolidates the fundamental role of scientific research "carried out by the group "at the highest EU policy level" regarding the welfare of farmed fish.

The role of the ACC is to advise the European Commission and Member States on any new legislative, regulatory, or legal measure at European or national level affecting aquaculture.

The work will include a review of the scientific literature on the wild ethology and behavioural needs of key fish farmed in the EU, concentrating on European sea bass, European sea bream, Rainbow trout, Common carp, and Atlantic salmon.

It will also seek to ensure that practical knowledge is combined with the results of the published literature and to survey the knowledge and opinions of the AAC members, their contacts and other practitioners arising from their personal experience of the ethology and behavioural needs of fish.

As a result, it seeks to produce "best practices" for aquaculture, which meet ethological requirements, including the development of environmental resources and enrichment, "illustrated with some case studies".

João Saraiva adds that the focus should be on "generic recommendations, rather than detailed species-specifics", as certain practices will be "appropriate for some species and not all".

"Special attention should be given to measures that are easy to implement at farm level as well as measures that provide win-win situations for both the fish and the producer," he adds.

The researchers will also seek to establish behavioural indicators to evaluate welfare reliably and improve production, as well as create priorities for research and funding for behavioural welfare improvements.

The Fish Ethology and Welfare group at the CCMAR had already been invited to present their work and views on fish welfare to stakeholders in the ACC, as well s to the European Commission and the European Parliament.