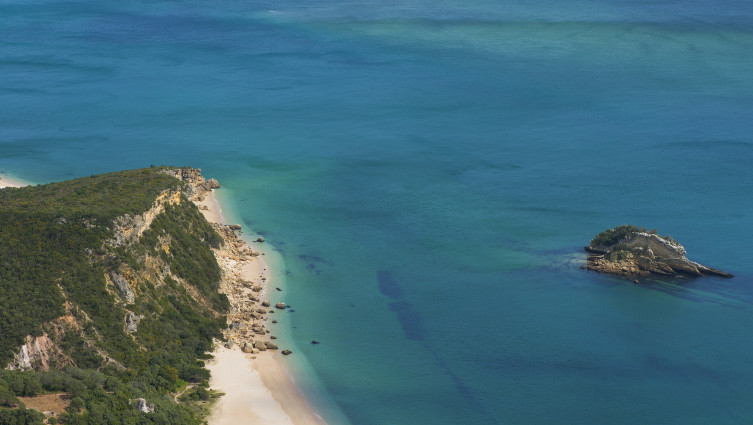 In an appeal published in the scientific journal Marine Policy, three Portuguese marine conservation experts defend that, given the current state of degradation of the ocean, concrete science-based, transparent, and participatory measures are needed to protect the ocean and reverse the deterioration patterns, and that Portugal should lead this agenda.

Bárbara Horta e Costa, Jorge M.S. Gonçalves and Emanuel Gonçalves are the authors of this call, published after the United Nations Oceans Conference, which took place in Lisbon. The experts point out that as Portugal is an oceanic country with one of the largest marine areas in the world, which contains an enormous natural heritage with many species yet to be discovered, inhabiting submarine canyons, estuaries, coastal areas, forests and seagrass meadows, marshes, seamounts, hydrothermal vents, mud volcanoes, abyssal plains and a large area of open ocean in the Northeast Atlantic, the country has all the conditions to lead the international agenda for marine conservation.

However, to achieve the expected success, a paradigm shift is needed towards effective leadership for ocean protection through bold decisions, specific actions, and science-based measures. The heads of state, companies and civil society organisations that gathered in Lisbon during the United Nations Oceans Conference to discuss ways to achieve Sustainable Development Goal 14 - Life below water - are the stakeholders to achieve this paradigm shift.

"We are at a crucial moment for ocean conservation. On the one hand, we face huge environmental challenges such as the climate emergency and species extinction crisis. But on the other hand, we currently have the tools and scientific knowledge needed to implement effective marine conservation measures. What is missing now is for leaders around the world to have the courage to implement these measures," warns Bárbara Horta e Costa, a researcher at the Algarve Centre of Marine Sciences (CCMAR-Algarve) and the University of the Algarve (UAlg).

Marine protected areas are one of the most effective tools to protect biodiversity and restore marine ecosystems, but for this to happen, the authors consider it essential to ensure that these areas work, according to the best international criteria, and that it is not enough just to designate areas "on paper". In other words, it is not enough to announce that large areas of the ocean will be protected, it is necessary to provide these areas full or high protection, with resources for their management and oversight, regulation, monitoring, governance, and cooperation between entities.

Emanuel Gonçalves, scientific officer and administrator of the Oceano Azul Foundation, a researcher at MARE and a Professor at ISPA, points out that "The United Nations Oceans Conference can mark a turning point for Portugal, which announced the creation of the largest fully protected area in the Selvagens Islands, by the President of the Regional Government of Madeira; the implementation of a network of marine protected areas in 30% of the Azores sea by 2023, by the President of the Regional Government of the Azores; and the approval of the Marine Protected Area of Community Interest in the Algarve: the Algarve Reef Marine Natural Park by the Minister of Environment and Climate Action. Now, it is necessary for the country as a whole to implement its network of marine protected areas, with full or high protection, with science-based, government-led and community-participated processes, following the best international standards such as those of the MPA Guide and the IUCN Green List and MCI Blue Parks."