The impact of ocean acidification on marine and coastal ecosystems 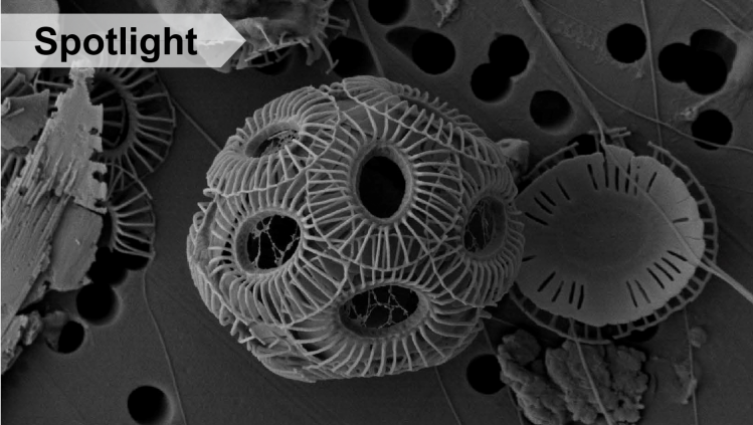 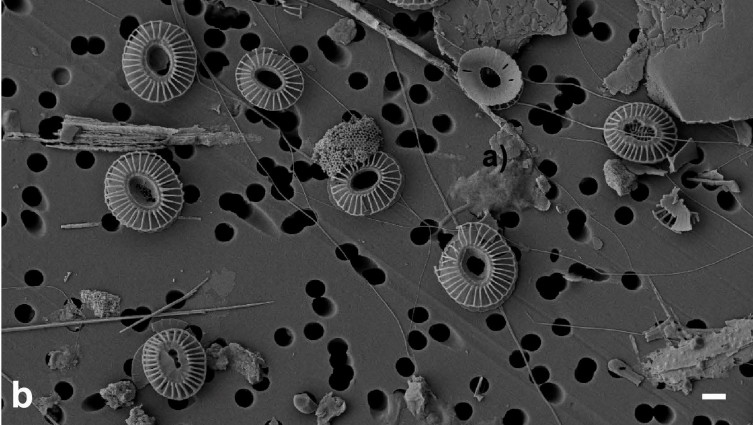 The global ocean plays a major role in modulating Earth’s climate by absorbing about one-third of anthropogenic emissions of CO2. However, this important ecosystem service comes with a cost: enhanced CO2 absorption since the onset of the industrial revolution has increased the oceans' acidity about 30% and is expected to increase up to 100% by the end of the century. While the chemical response of the marine CO2 system is known reasonably well, the effects of ocean acidification on marine ecosystems are poorly understood and need to be quantified. Owing to their low temperatures and moderate alkalinity, Southern Ocean waters are expected to experience the most severe impacts of ocean acidification. Therefore, these ecosystems can be used as bellwethers for prospective impacts of ocean acidification on marine ecosystems at mid and low latitudes.

What are coccolithophores?
Coccolithophores, unicellular eukaryotic algae that secrete calcite plates, are the most abundant marine calcareous phytoplankton and play an important role in the marine carbon cycle by contributing to the oceanic pumps of organic matter and carbonate. The cosmopolitan coccolithophore Emiliania huxleyi is known to develop large-scale blooms in high latitudes systems where the overproduction and shedding of coccoliths give the surface waters a milky-turquoise appearance allowing their detection from satellites.

SONAR-CO2 project aims to clarify if the ocean acidification will result in the alteration of the phytoplankton community of polar and subpolar systems
The SONAR-CO2 project aims to contribute with information to clarify if the acidification of the ocean will result in the alteration of the phytoplankton community of the polar and subpolar systems, through, for example, the substitution of the highly calcified species of coccolithophores. This study recently published in the Anthropocene assessed the changes that the subantarctic keystone species, Emiliania huxleyi, has experienced during the Industrial era. To do so, authors compared annual modern records of E. huxleyi coccoliths collected in the water column with those found in the underlying Holocene-aged sediment samples from south of Tasmania (Australia). Cutting-edge and traditional microscopy techniques were combined to evaluate changes in composition, morphology and calcification of E. huxleyi coccoliths.