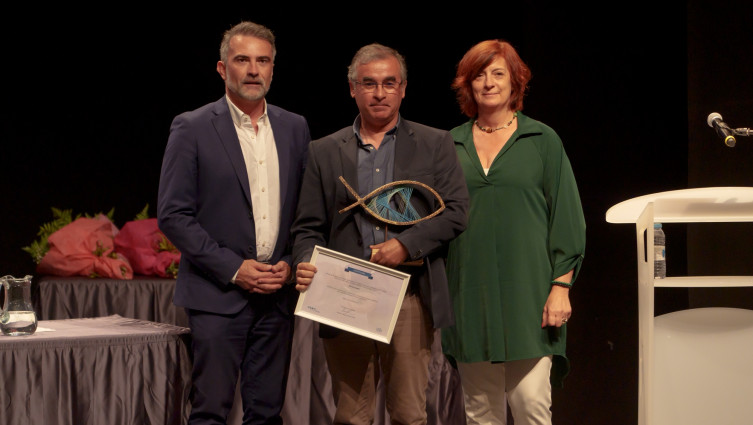 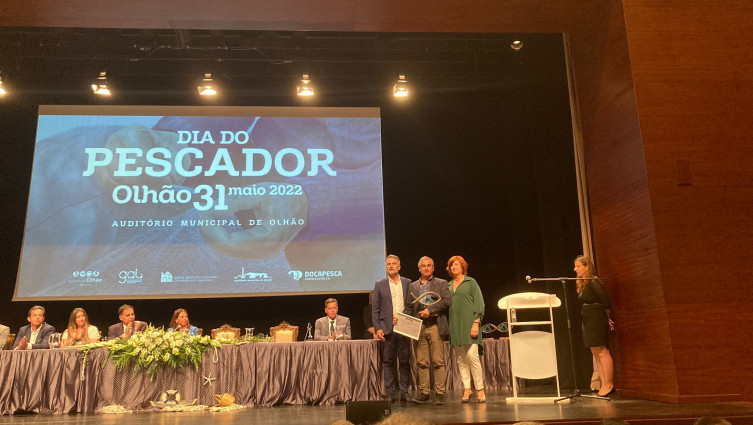 "This is a very special award because it comes from a Municipality very connected to the ocean and to the fishing sector, in a clear recognition of the value of the research that is carried out in CCMAR and in the University of Algarve in this area", says Jorge Gonçalves.

On May 31, the iNOVPESCA project, led by researchers Jorge Gonçalves and Ana Marçalo from CCMAR and the University of Algarve, was distinguished with the award for "Best research project in Fisheries and Aquaculture" by the Municipality of Olhão, in the presence of the Secretary of State for Fisheries, Teresa Coelho.

Reducing conflicts between fisheries and protected marine species, especially dolphins, was the main goal of this project that intended to contribute to environmental sustainability, by reducing incidental catches, and to the economic sustainability of the fisheries sector, with the reduction of damage to fishing gear and fish losses due to predation.

Throughout the project, several tests of different acoustic alarms were carried out in bottom set gillnets operating in the eastern Algarve, with the attempt to decrease interactions of these gears with bottlenose dolphins (Tursiops truncatus) and in the Algarve purse seine fishery to decrease the incidental catch of common dolphin (Delphinus delphis). Mitigation trials with acoustic alarms in both static nets and purse seines have given promising results so far.

Now, after almost three years of trials, the level of interaction in the nets during operations with alarms is reduced for all the nets that suffered more frequent attacks by bottlenose dolphins, especially nets with hake and red mullet, although there are already some signs of habituation by the dolphins. In the purse seine, trials have revealed that acoustic alarms are an extremely effective way of reducing incidental captures of common dolphins.

This project was "exemplary in the partnership between scientists and fishermen, as it contributed to the creation of solutions and to a peaceful coexistence between fisheries and dolphins, pointing to an increasingly sustainable and environmentally friendly fishing", emphasizes the researcher.

The iNOVPESCA took place between 2018 and 2021, in partnership with the Algarve fishermen associations, and was funded by the MAR2020 programme.