New platform will monitor the accumulation of seaweeds on beaches 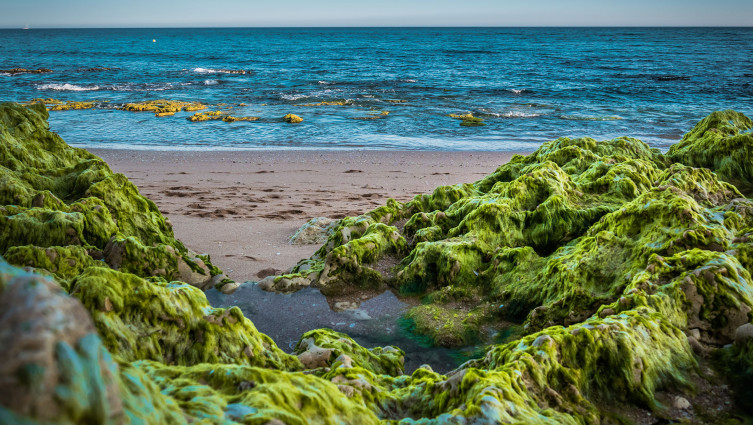 Researchers from the Center of Marine Sciences (CCMAR) at the University of Algarve and several other universities are studying some of the seaweed that appear in large quantities in the sea or on the sand. The appearance and excessive accumulation of these marine plants may be related to the excess of nutrients resulting from the discharge of urban effluents or even from excessive fertilization in agriculture. But now, the common citizen has the opportunity to help researchers identify these seaweeds and, thus, contribute to their study and monitoring.

The “Algas na Praia” (Seaweeds on the Beach) platform enables citizens to send a set of information about the seaweeds they observe to researchers, who will use it to study these excessive seaweed accumulations on the beaches. At this early stage of the study, the researchers aim to better understand these accumulations: what species are washing up? When and where do they occur?

The systematic recording of seaweed accumulations on the Portuguese coast will, in the future, allow us to answer several questions: what is their origin? What are their impacts? Are these accumulations becoming more or less frequent?

Rui Santos, professor at the University of Algarve and researcher at CCMAR, defends the importance of this survey since “depending on the species causing the accumulation, the problem can be more or less worrysome. One of the biggest concerns is the excessive accumulation of invasive algae, as these can have a very negative impact on native species on our coasts”.

Although our researchers do not carry out the removal of algae on the beach, they will contact the competent authorities whenever justified, taking advantage of the scientific point of view of the algae removed and its potential health benefits.

With the NUTRISAFE project, researchers are also looking to develop a new food supplement, using invasive algae that accumulate on beaches. Dina Simes, professor at the University of Algarve and CCMAR researcher, responsible for this project, points out that “some of these algae have compounds with anti-inflammatory characteristics and vascular and pulmonary protection, so they can be used in food supplements that reduce comorbidities common.