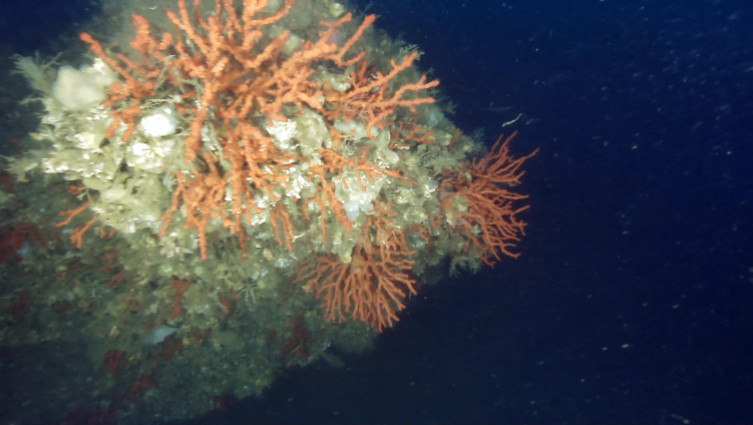 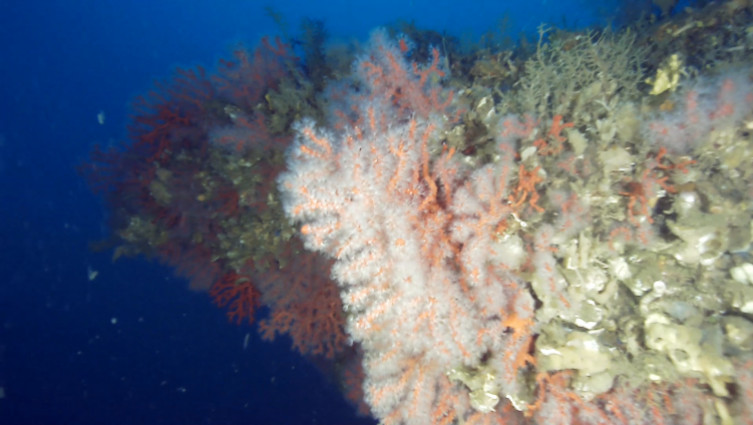 For the last 15 years, our centre has been dedicated to mapping marine habitats, an important research area for the implementation of marine spatial planning and management policies. This work has made it possible to discover colonies of red corals at over 70 metres. As an extremely slow-growing animal, it is very vulnerable to impacts such as illegal catching.

In the Mediterranean Sea, entire populations of red coral have suffered devastating effects due to their capture for jewellery production. In 2012, the Portuguese Maritime Police confiscated several red corals caught by illegal capture that exposed the vulnerability of this resource on the Algarve coast. To identify the confiscated material, the authorities contacted CCMAR-Algarve to analyse these animals. The age of the captured corals was then estimated, with one of the red coral colonies being 140 years old, and 90% of the colonies being over 70 years old. Based on the confiscated corals, we have developed a lot of scientific studies to determine the impact of capturing this species in the Algarve.

To fill this legislative gap, the Minister of the Sea Ricardo Serrão came to visit us and embarked on a trip, with our researchers, to learn about our work on mapping the seabed. To ensure the conservation of this species, the Ministries of Environment and Climate Action and the Sea joined forces to implement new measures to protect the red coral from illegal harvesting and other threats.  The announcement was made onboard the boat, where it was also announced that "the government wants a heavy hand on the furtive capture of red coral.", and that fines could reach 5 million euros.

The first works developed at CCMAR-Algarve were restricted to a depth of 30 meters, as they were done by scuba diving. "We identified, in the '90s, the existence of this coral with valid samples, and only in 2011 we managed with ROV images, along the coast of Sagres, to have the documental record of red coral", explains our researcher Jorge Gonçalves. It was mainly with the use of these remote operation vehicles (ROV) that in the scope of the projects MESHATLANTIC, DEEPREEFS and HABMAR, coral communities were registered in deeper areas of the Algarve coast, specifically the red coral Corallium rubrum.

For results like this and other results on population genetics, vulnerability to impacts and history of coral harvesting in Portugal click HERE.