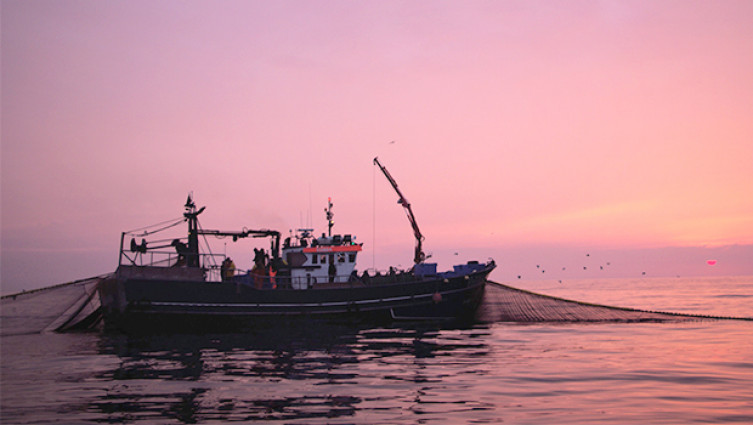 Researchers from the Centro de Ciências do Mar do Algarve (CCMAR-Algarve) and the University of the Algarve (UAlg) developed robust models to compare the geographic distributions of 10 commercially important fish species that live close to the seabed (demersal fish), such as hake, cod, herring and seabass. These models enabled the comparison between current and future fish species distributions, considering two distinct future scenarios for the end of the 21st century: one in which the Paris Agreement targets to reduce greenhouse gas emissions are met, and another where emissions are not mitigated.

The results of the study suggest a trend, in both future scenarios, for the distributions of these species to shift North. However, the models show that changes in the distribution of demersal fish species will be far more pronounced in the scenario where the Paris Agreement is not enforced, with an aggravated poleward shift. Manuel Ramos Martins, author of the study and researcher at CCMAR-Algarve, explains that “these changes in distribution will bring great challenges to the fishing sector. If we do not comply with the Paris Agreement, commercially valuable species will move even further north, to areas far away from the current banks and fishing ports, generating additional costs to the sector, both in terms of transport and in time spent on fishing activities”. In addition, the models predict that there will also be changes in species composition, meaning that the species we find today in certain areas will not be the same in the future. “These changes will force the fishing sector to adapt its capture methods to a new reality, which will also imply considerable costs”, stresses the author.

David Abecasis, coordinator of the study and researcher at CCMAR-Algarve and UAlg, points out that “this study is a huge contribution to fisheries management in the context of climate change, in which scientific information such as the one we are presenting with these models is rarely accounted for". This situation is mainly a consequence of the difficulty in producing reliable and comprehensive models. Jorge Assis, co-author of the study and also a researcher at CCMAR-Algarve and UAlg, explains that “the models we developed stand out in relation to other studies because they include variables that are not usually included, but that have high biological importance, such as primary productivity and dissolved oxygen. By including these variables in our models, we ensure that they are more robust and better reflect future scenarios.”