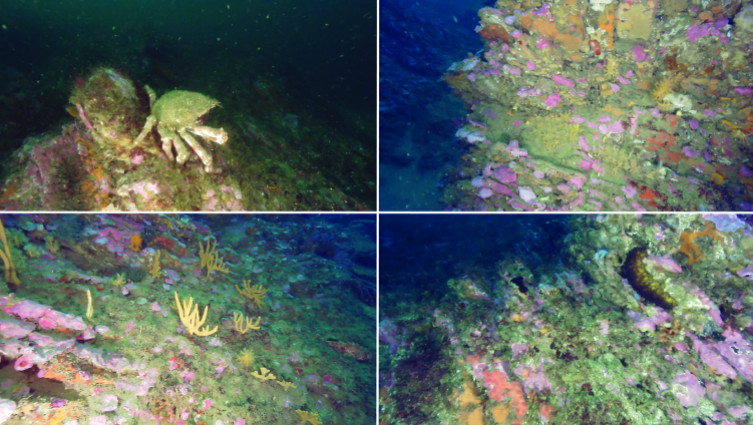 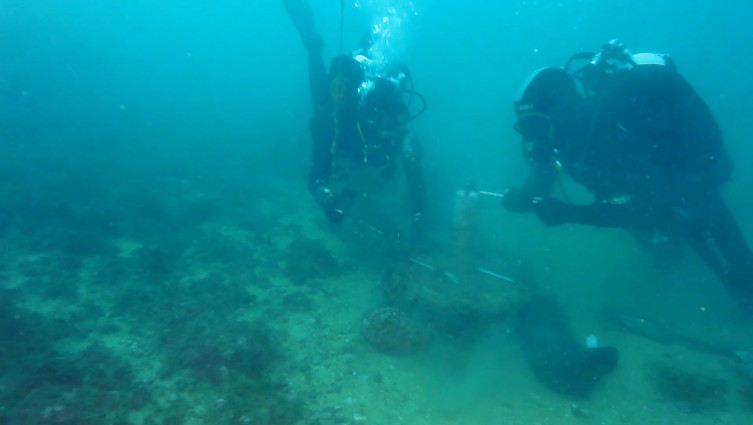 Since July, the CCMAR team has returned to work on the MARSW project in the Parque Natural do Sudoeste Alentejano e Costa Vicentina (PNSACV). The campaigns were suspended due to the context of the current pandemic, but they came back in force and fulfilling all the security measures onboard. These outputs were dedicated to acoustic telemetry and campaigns using remotely operated vehicles (ROV) for habitat mapping.

To monitor the movements and use patterns of the commercial species such as the white seabream (Diplodus sargus) and european seabass (Dicentrarchus labrax) in the PNSACV, researchers use acoustic telemetry. The team collected and exchanged the acoustic receivers, which in 2018 were placed mostly in the partial marine protected area I of Martinhal Bay (marine area without fishing; to understand patterns of use of this area), with some still distributed along the west coast. The receivers are collected and exchanged sporadically, but in this case, the CCMAR researchers had not managed to collect the receivers, because this coast has difficult conditions to work in most of the year. Besides the environmental difficulties, researchers are not always able to find where the receivers are, because they could have been displaced by fishing gear, storms or be buried in the sand. When found, the receivers are collected by researchers through diving, and onboard the data is discharged to the computer through a bluetooth connection.

In the last months, the CCMAR team has also carried out a campaign to collect images of the rocky reefs of the PNSACV with the use of a remotely operated underwater vehicle (ROV). On this occasion, the immersions were realized along the west coast. With the analysis of the image recordings of this area, researchers can do the mapping and biological characterization of the Alentejana section of the park.

The immersions carried out with the ROV, allowed the observation of habitats dominated by communities of brown and red algae, rocks colonized by colorful mosaics of multiple species of sponges and calcareous algae, and in deeper areas aggregations of yellow sponges and zoanthids. Also, researchers have found several species of common fish on this type of seabed on the Portuguese coast. The echinoderms, such as sea urchins and sea cucumbers, anemones (Anemonia viridis, Aiptasia spp.) and zoanthids (Parazoanthus axinellae), as well as several sponges, are among the most abundant invertebrates of the visited habitats. Unfortunately, besides the biodiversity found, it was also possible to observe marine debris and unsigned fishing gear along the marine protected area of the park, which on several occasions interfered with the ROV operations.