Seagrasses will benefit from global change 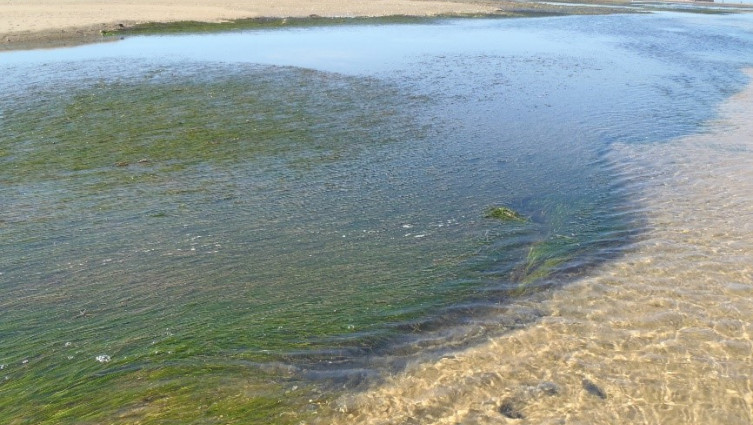 In a recently published study, the researchers concluded that the effects of global change, particularly ocean warming, could benefit marine plants. The study was published in the prestigious scientific journal Functional Ecology and resulted from a partnership between researchers from the Centre for Marine Sciences (CCMAR) and the University of Bangor (United Kingdom).

The researchers show in this study that seagrasses will benefit from the increase in temperature and CO2 in the oceans as their nitrogen acquisition capacity will increase, thus not limiting their growth. “In this study, we demonstrated that ocean warming increases the nitrogen demand of Zostera marina, a seagrass widely distributed in the northern hemisphere, and that this demand may be met by an increase in the uptake of organic nitrogen”, reveals Ana Alexandre, specialist in seagrass ecology at CCMAR, which led the study.

The research team used an innovative methodology that combined field observations of the rates of nitrogen acquisition of Z. marina in three locations across its geographic distribution (Iceland, United Kingdom and Portugal) with the species' nitrogen acquisition response to different temperatures obtained in laboratory experiments.

"It is known that seagrasses preferentially use inorganic nitrogen, mostly in the form of ammonia, but it was not yet known how this preference could shift with temperature", explains Ana Alexandre.

The author adds that “the hypothesis for a potential change in the preferential form of nitrogen is based on the principle that, in warmer environments, a higher rate of regeneration of inorganic nitrogen is expected through microbial processes and, consequently, lower availability of organic nitrogen ”.

According to the authors, the results now published “indicate that ocean warming increases the total nitrogen acquisition by the seagrass, as well as the relative contribution of organic nitrogen to the plant's total nitrogen budget.

Since the consumption of organic nitrogen by microbes also increased with temperature, ocean warming may enhance the competition between seagrass and the microbial community for this form of nitrogen”. Seagrasses plays a key role in recirculating nutrients in coastal ecosystems.

The study shows that, if the temperature of the oceans increases, seagrasses increase their capacity to acquire nitrogen, contributing to the maintenance of water quality and promoting an increase in biodiversity.