Study points how to improve the well-being of seabream aquaculture 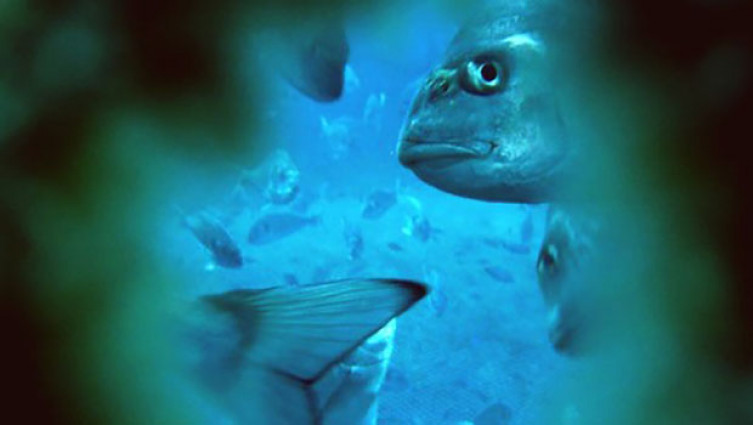 Gilthead seabream is one of the most important species in European aquaculture. It's intensive farming in sea cages raises challenges in terms of welfare, which have implications not only ethically in the quality of life given to the animals we rear for human consumption, but also in terms of food quality and even in terms of public health.

One of the means to improve the quality of life and overall welfare of captive animals is environmental enrichment, which should also take into account practical aspects of the industry. Researchers had evidence that the introduction of structures in cages would have a positive effect on captive-sea bream, but never a study gone as far as the one recently published (see here) by the Fish Ethology and Welfare group along with international authors, that concludes that increasing the complexity of the captive environment, using very simple structures, improves behaviour, mental state and brain health in the sea breams.

Sea breams use structures on the bottom of the sea (algae or rocks, for example) when they live in the wild, but this is not what they have when cultivated in barren cages or tanks. This “poor” environment in which they live may cause frustration and stress, compromising growth and health of the fish. The environmental improvement in this study consisted on hanging simple plant-fibre ropes in the centre of the cages, from the surface almost to the bottom, to reproduce some of the environmental complexity they find in natural habitats.

The results could not be more revealing: the sea breams exposed to this environmental enrichment showed a greater exploratory behaviour, spatial memory, orientation and learning capacity, coping better with the environment when compared to those that were subjected to an environment similar to the one that we find in commercial conditions.

In addition, fish reared with environmental enrichment showed an increase in neurotransmitters associated with happiness, as well as greater antioxidant activity in the whole brain, which reveals better brain health. According to the study's authors, fishes that are in better mental conditions will have more resistance to diseases, grow better and tend to be healthier.

These findings have an impact, not only from a scientific point of view (in terms of brain function) but also from the perspective of the aquaculture industry, which will be able to implement similar structures without major changes in work protocols, thus allowing a substantial improvement of the lives of animals raised in captivity.

Within the scope of this research thematic line, the researchers have already tested the implementation of practical environmental enrichment structures in tanks with a commercial scale, in close collaboration with the international aquaculture industry, and observed results similar to those obtained with the sea bream groups in this most recent publication. “There are a number of studies that point not only to the beneficial effects of these types of measures but also to the feasibility of implementing environmental enrichment at the commercial level,” says João Saraiva, one of the authors.

The aquaculture industry is highly competitive. An improvement in the welfare of farmed fish can mean access to new markets, better product quality and eventually greater profit - all of this while also improving the lives of animals in captivity.

There is a growing concern with animal welfare not only from regulators but also from consumers, which is why the application of these improvements in aquaculture can bring undeniable benefits to everyone.

Link to the Paper

Summer Shoal for the first time in Portugal