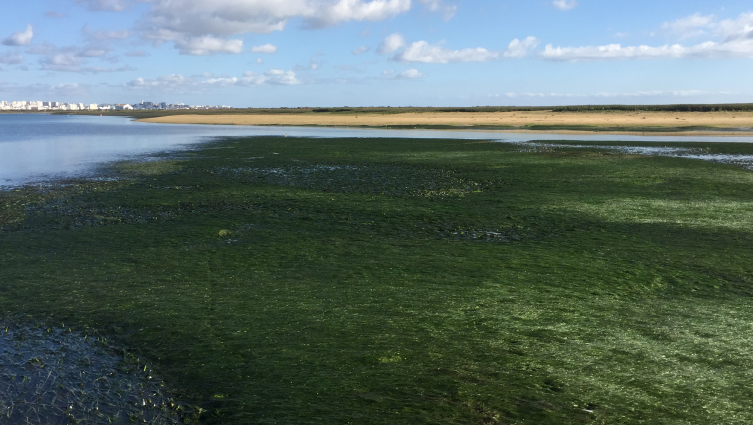 The United Nations General Assembly has declared March 1 as World Seagrass Day, in order to alert governments to the enhancement and conservation of seagrass meadows worldwide.

At the Algarve Centre for Marine Sciences (CCMAR), the ALGAE group, led by researcher Rui Santos, has been studying seagrass meadows in Portugal for decades, seeking to increase knowledge of their structure and dynamics, how they respond to environmental disturbances and what ecosystem services, that is, the benefits they provide to people and the planet.

This is a "very significant" measure as seagrasses are considered "a natural weapon" against climate change because they have "a great capacity to sequester and store carbon in the sediment, contributing to decrease the concentration of carbon dioxide in the atmosphere, the cause of global warming", says the group's researcher Carmen Santos.

The scientist highlights that these meadows are the "support of fish and bivalve communities with great commercial value" representing also "an important role supporting endangered species, providing these and many other animals with a food source, as well as a reproduction and protection habitat from predators".

Seagrass ecosystems, cover 300,000 Km2 worldwide and support thousands of species on the planet, including threatened species such as dugongs, sharks, seahorses, and sea turtles.

Seagrass meadows also contribute to the "improvement of coastal water quality" by filtering pollutants and pathogens, as well as to "food security by supporting commercial and artisanal fishing, coastal protection and tourism and recreational activities, therefore having a high support value for economic activities," stresses the researcher.

According to the Blue Carbone Initiative seagrasses cover less than 0.2% of the ocean floor, but store about 10% of the carbon buried in the oceans each year. Seagrasses are being lost at a rate of 1.5% per year and have lost approximately 30% of historical global coverage.

In Portugal, there are 3 species of seagrass (Zostera noltei, Zostera marina and Cymodocea nodosa) that are found mainly in estuaries and coastal lagoons on the mainland, but there are also small patches in sandy areas on the island of Madeira.

"Unfortunately, many of these meadows have disappeared due to human causes, such as water pollution, physical destruction by fishing gear and coastal construction," Carmen laments.

These impacts "still cause damage to existing meadow", but in Portugal "there are still some in good condition and others that have even improved over time", she points out.

The protection of the still existing prairies and the restoration of those that have been lost "should be the priorities for the conservation of these precious ecosystems in Portugal", so that they can continue to receive their benefits, argues the researcher.

The proposal for the creation of World Seagrass Day came from the Sri Lankan government during the 74th Plenary Meeting of the UN General Assembly, on 23 May and was unanimously approved and co-sponsored by 24 countries.