What are the benefits of LED lighting in microalgae cultivation? | - CCMAR -
Skip to main content

What are the benefits of LED lighting in microalgae cultivation? 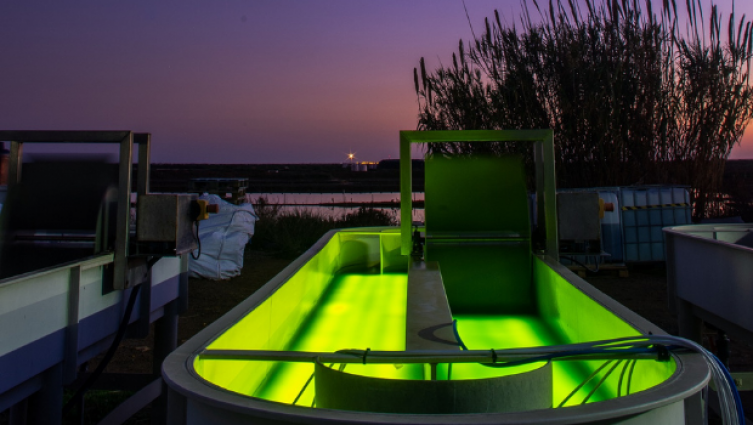 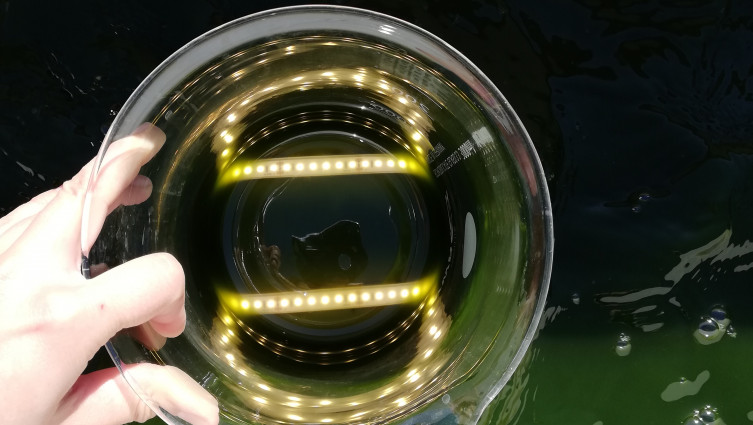 The demand for microalgal biomass has been increasing over the years and with it the necessity to increase their productivity. The use of LED lighting in the production of microalgae increases the growth of their biomass, especially during the night.

This study was carried out by our researchers in collaboration with Greencolab, Necton and Allmicroalgae.

To address this problem, our researchers Inês Maia, Tamára Santos and João Varela in collaboration with Greencolab, Necton and Allmicroalgae studied the impact and costs of integrating LED in outdoor raceway ponds.

Biomass growth with the presence of LEDs can contribute to the production of microalgae at an industrial scale
The researchers found that the use of LEDs in cultures of the microalgae Nannochloropsis oceanica increased biomass growth, especially during the night. In addition, they found that the protein and carbohydrate content also increased in the cultures that were under LED exposure. This research presents the possibility to optimize the process of microalgae production at an industrial scale.

Find out more about this article HERE.